Apollo's work in the Hawke's Bay region has been heating up with the Hawke's Bay Regional Aquatic Facility and Pettigrew Green Arena extension underway. To deliver these projects to the standard in which Apollo prides itself, the team has expanded and we are establishing an office in Hastings. This office will cover the surrounding areas including Gisborne, Taupo, Manawatu, and Wairarapa. We are excited to see what future opportunities arise in this region.

Apollo has had a number of projects in the region previously and has been a sponsor of the Hawke's Bay Wine Auction, supporting Cranford Hospice, since 2019.

The Apollo team celebrated the launch of their new permanent presence in Hawke's Bay with music, food, and of course, delicious Hawke's Bay wine at the Black Barn Vineyard. Guests included some of Apollo's clients and contractors, along with local government and council representatives. The night included lovely remarks from Apollo's friends Rob Waddell and Bruce Mctaggart about our positive impact on the community and opportunities to deliver amazing projects while creating jobs in the region. 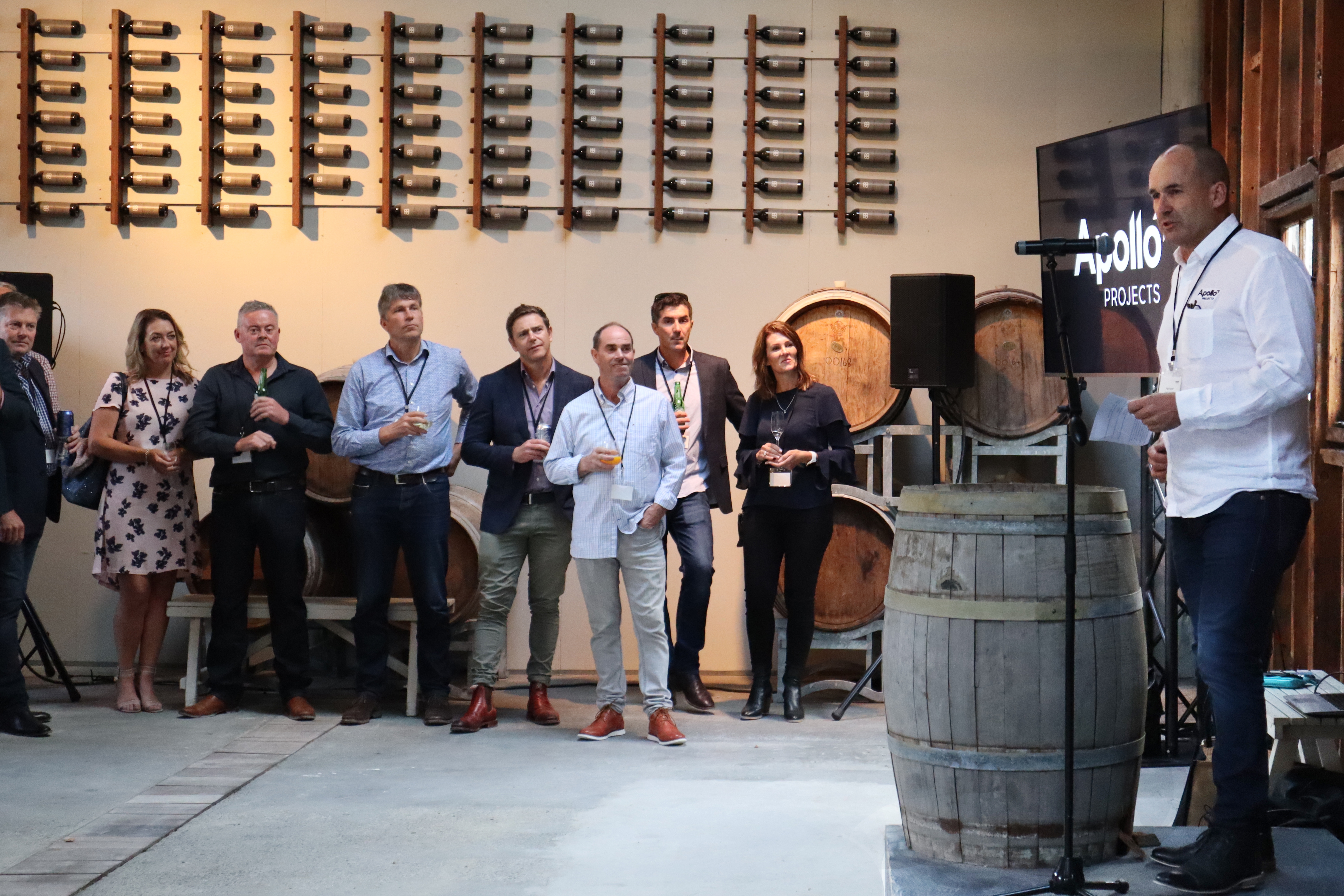